The Village of Woodbury is located in the Town of Woodbury in southeastern Orange County, New York, approximately 45 miles northwest of New York City and 100 miles south of Albany. Incorporated in 2006, the Village is part of the greater New York metropolitan area and considered the Gateway to Orange County. The Village encompasses a mix of small-town, suburban and rural settings, and is home to two hamlets, Highland Mills and Central Valley. The Village of Woodbury is governed by an elected Village Board consisting of the Mayor and four Trustees. All Board members serve for two-year terms.

Woodbury was initially settled in the early 1700s, primarily as large farms and estates. The hamlets of Woodbury Falls, Highland Mills and Central Valley were established during the 1800s and connected by an old stagecoach route that is now Route 32. The New York and Newburgh Railroad arrived in 1868, providing a link between the hamlets and to points beyond. Formal government was established in 1889, and development around Central Valley and Highland Mills continued through the early 1900s. The population grew moderately through the 1920s, remained stagnant through the depression, and increased again in the 1940s.

Population growth in Woodbury continued through the mid-20th Century as summer resorts became popular and its reputation grew as a destination near to both New York City and the mountains. Bungalow colonies (some of which still exist) on the west side of Woodbury became popular with New York City residents, particularly with the opening of the New York State Thruway in the 1950s. Between 1970 and 1980, the number of bungalows and seasonal homes decreased, but the number of year-round residents increased.

Until the 1980s, the greatest growth period had been the post-war era from 1950 to 1970, when the Town took on its present-day characteristics. Suburban growth and the construction of yearround single-family detached units replaced the previous dominant characteristic: that of a seasonal vacation spot. Although in the 1970s, the rate of residential construction decreased, the 1980s and 1990s were decades of increased construction and fairly rapid population growth.

In August 2006, the incorporated Village of Woodbury was formed. On June 1, 2007, planning and zoning responsibilities became the function of the Village. The Village has subsequently assumed responsibility for the Building Department, the Water/Sewer Department, and the Fire Department. 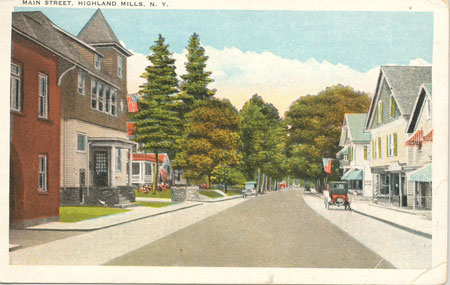 Main street of Highland Mills, looking North. On the left hand side is the former firehouse and current Town Hall, with the funeral home of Smith, Seaman and Quakenbush after Town Hall. Right hand side could be any number of stores and/or offices, including Beldings/or Grey pharmacy, depending on the time frame. Probably in the 1920's or 30's. 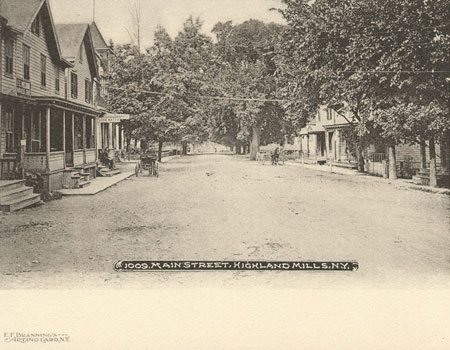 Main street of Highland Mills, right before turn of the 20th century. You can see Town Hall on the left, but no firehouse. Street is not paved and horse and buggy was the mode of transportation. 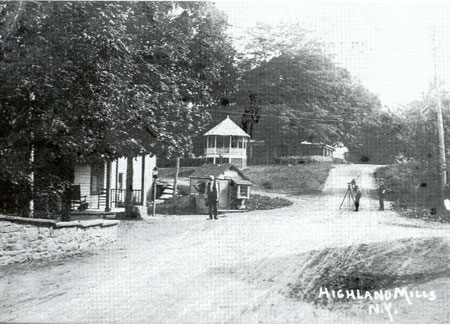 Small paper stand run by James Earl, standing in front of stand. The building next to it was the Lameroux Hotel and up on the hill is the wooden bandstand in Victory Park and, now of course, it is made out of stone. You can see a small portion of the front porch of the Townsend House and what looks to be people surveying the road. Now this is Route 32 and Park Avenue area, when this was taken it was called Route 32 and Railroad Avenue. At the end of Park (Railroad Avenue) was the train tracks and station. 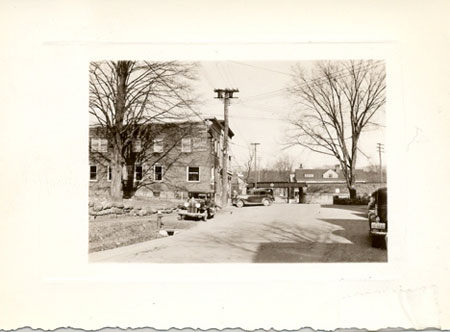 Downtown Central Valley. Circa probably 1930's from the cars. The Elm Street and Railroad underpass are showing in the second photo. 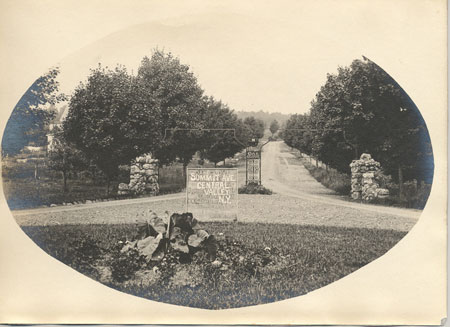 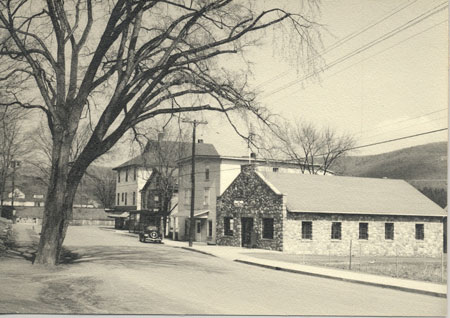 Downtown Central Valley Hamlet - A good shot of the Post Office. Notice that there does not appear to be a Firehouse built at this time. 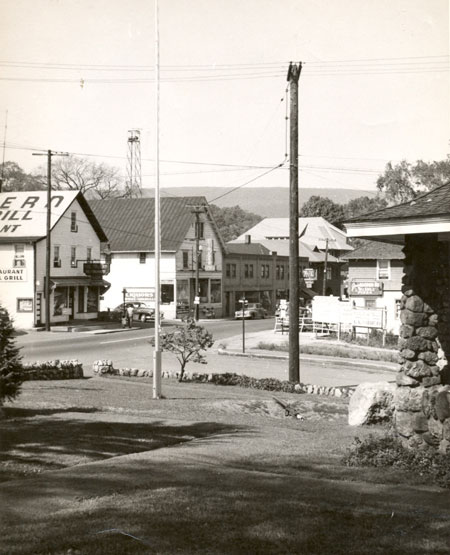 Highland Mills - Park Avenue and Route 32. The Firehouse has been built and the wooden gazebo is now stone. The car looks like it is from the 1940's. 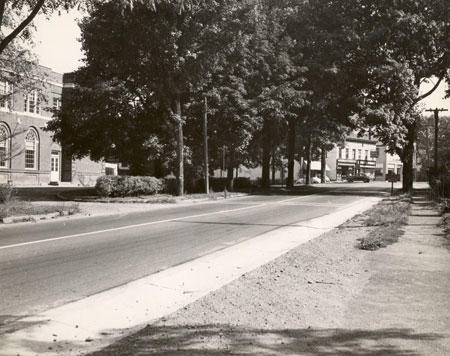 Route 32 and Smith Clove Road - Central Valley. Ed. Center on the left hand side - was the high school then - late 40's. Notice all the trees. 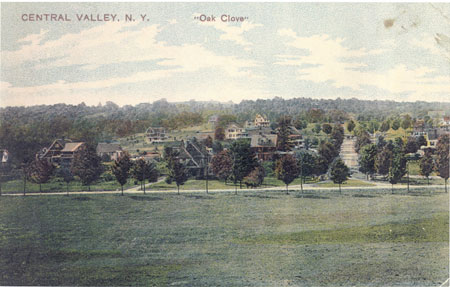 Another view of Oak Clove - looking west up Summit Avenue.